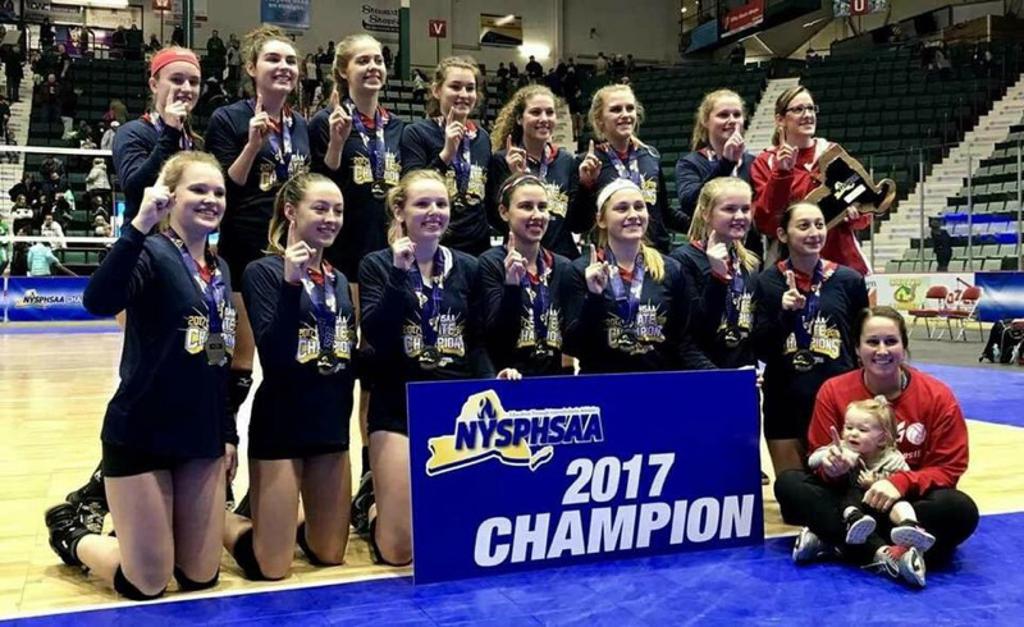 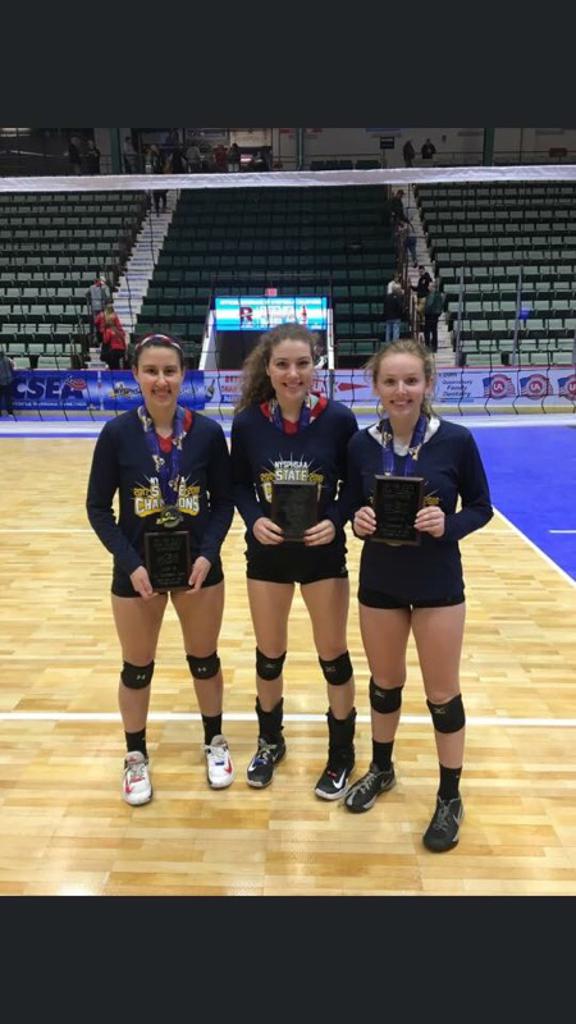 The Owego Free Academy Indians and their head coach Britney Race have done it again.  Working their way through the NYSPHSAA State Tournament and defeating Hudson Falls in the finals to win their third state title in 5 years.  The captains of the OFA were well represented in the tournament awards with Tournament MVP going Brinn Shaughnessy and All Tournament team acknowledgements for junior setter Grace Thomas and senior libero Mckenzie Hart.

Congratulations to Coach Race, the Owego volleyball coaching staff, the players, and the entire Owego community on a spectacular season and another New York State Title!!